Alzheimer's disease is a neurodegenerative disorder that leads to the death of brain cells. It progresses over time and worsens at the end. Alzheimer's is the cause of 60-70% of dementia. Dementia is a neurological condition in which the ability to think and remember small things becomes so severe that is starting to affect their daily routine.

The most common symptoms of Alzheimer's and dementia are forgetting becomes very often, difficulty in remembering some events occurs, and in some severe cases, patients suffer difficulty in remembering recent events and conversations. Alzheimer's disease and dementia patients develop hindrances in making judgments, reasoning, thinking, decision and performing daily tasks.

As these diseases are progressive, not even a single cure proves to revert this process. Patients affected with this disease need help from others. 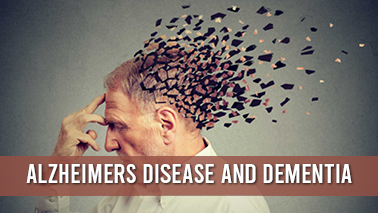