Points within the brain are located using an external, three-dimensional frame of reference, usually based on a Cartesian coordinate system, in functional neurosurgery. Because the disease paradigms handled in functional neurosurgery are continually changing and evolving, it stands out among other neurosurgical disciplines. The basic idea is that functional neurosurgery does not necessarily treat a structural issue, but rather alters central nervous system circuits to bring about a change within or outside the nervous system. This is a strong indication of the breadth of functional neurosurgery's use. Movement disorders such as Parkinson's disease, essential tremor, and dystonia have been transformed through functional neurosurgery.Advances in the understanding of the physiology of the target structures and the pathophysiological underpinnings of movement problems have occurred concurrently with the development of deep brain stimulation. In order to influence brain function, functional neurosurgery entails careful surgical targeting of anatomic components. The technique of stereotactic neurosurgery is used to locate surgical targets within the brain in relation to an external frame of reference. The term "stereotactic" refers to the accurate location of objects deep within the brain using a three-dimensional coordinate system and an imaging technique such as computed tomography scanning or magnetic resonance imaging. Other neurosurgical operations, such as the biopsy of deep brain tumours, frequently employ these techniques.

Market Analysis : The surgical speciality of neurosurgery deals with the diagnosis and surgical treatment of the nervous system, which includes the brain, spinal cord, spine, and nerves. A neurosurgeon is a doctor who specialises in neurosurgery. The global neurosurgery market was worth $3.9 billion in 2020 and is predicted to reach $4.57 billion by 2025, with a CAGR of 5.8%. Medtronic, Boston Scientific Corporation, Stryker, Conmed Corporation, and Smith & Nephew are the market's major participants. The rising incidence of neurological disorders, efforts to expand the application base for neuromodulation, the advantages of neuroendoscopic procedures over traditional brain surgeries, and the growing prevalence of neurological diseases all contribute to the market's growth. 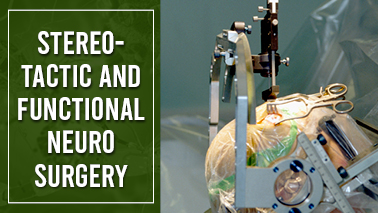