The term motor disorders refer to a group of disorders caused by the malfunctions or damage of the nervous system which results in involuntary or uncontrollable movements or actions of the body.  These disorders manifest lack of movement coordination or an excess of involuntary movement.

Pathological changes in certain areas of the brain are the foremost causes of most motor disorders. Besides that it could also cause due to some chronic diseases such as overactive thyroid, Iron deficiency, Neurodegenerative conditions etc.  Some of the inherited genetic defects also lead to onset of motor disorders.

Market Analysis: Neurological diseases and syndromes that impact the ability to create and govern movement are known as motor system disorders or Movement Disorders. This condition mostly affects the brain, spinal cord, and nerves throughout the body, resulting in cerebrovascular disorders, adult degenerative diseases, and other complications. The primary growth drivers of the movement disorder market are the recent development of efficient and advanced technology, rising prevalence of neurodegenerative disorders, patent expiration of several bestseller medications, and the appearance of new technologies globally.The increasing cost of research and development, on the other hand, is a major barrier for the worldwide Musculoskeletal Diseases market. From 2021 to 2030, the global market for motor system disorders is expected to grow at a CAGR of 9.80%. Because of the high frequency of the illness, increased awareness among the patient population, and technological improvements, North America held a considerable market position in the worldwide neurological movement disorders market in 2020. 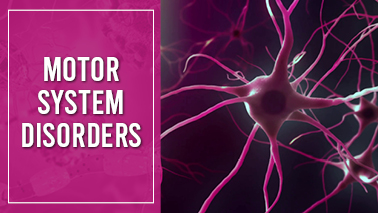