Neurodegenerative disease is the group of condition or disease which mainly affect the neurons of the brain. The neurons are the building block of the brain and spinal cords or nervous system. Neurons are irreplaceable as they cannot replicate or reproduce after suffering damage which eventually death of the neuron.

Neurodegeneration is a loss in the structure and function of neurons.

Market Analysis: Neurodegenerative diseases refer to a group of brain disorders that lead to progressive degeneration of the structure and function of neurons in the central nervous system (CNS) or peripheral nervous system (PNS). The global neurodegenerative disease treatment market grew at a CAGR of around 8% during 2015-2020.
The Neurodegenerative Disease market was worth around USD 39.24 billion in 2020, and is predicted to reach USD 44.90 billion in 2026, with a CAGR of 2.30 percent.The global neurodegenerative disorder therapeutics market is predicted to increase at a compound annual growth rate (CAGR) of 7.9% from $14.08 billion in 2020 to $15.19 billion in 2021. The growth is mainly due to the companies resuming their operations and adapting to the new normal while recovering from the COVID-19 impact, which had earlier led to restrictive containment measures involving social distancing, remote working, and the closure of commercial activities that resulted in operational challenges. The market is expected to reach $20.15 billion in 2025 at a CAGR of 7%. 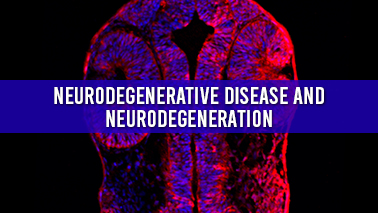