Immune system protects the human body from disease and infection. However incase of autoimmune disease, immune system attacks healthy cells in the body by mistake. There are many systemic disorders with possible involvement of the nervous system with presumed inflammatory and autoimmune pathomechanisms. Abnormal inflammatory response is closely associated with in autoimmune diseases. These inflammations cause impaired functioning, resulting in neurological or psychiatric symptoms. Multiple sclerosis, myasthenia gravis, and Guillain-Barré syndrome are some of the most well known neurological diseases induced by abnormal autoimmunity.

The exact cause of immune-system misfire is unknown although some people are more likely to get an autoimmune disease than others. Certain autoimmune diseases, like multiple sclerosis and lupus is hereditary. Not every family member will necessarily have the disease, but they inherit a susceptibility to an autoimmune condition. As the incidence of autoimmune diseases is rising, researchers are also investigating environmental risk factors like infections and exposure to chemicals. Autoimmune disorders of the nervous system may affects both CNS and PNS, including the brain, spinal cord, peripheral nerves, neuromuscular junction and skeletal muscle. 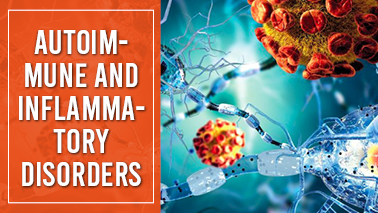