Epilepsy, a chronic disorder, is a central nervous system disorder in which seizures occur frequently. In epilepsy, brain activity becomes abnormal leading to recurrent seizures, unusual behavior, loss of awareness, and sensations. Epilepsy can happen to anyone irrespective of gender, race, and age.

The major symptom of Epilepsy is seizures. There are mainly two types of seizures: focal seizure and generalized seizure. The other symptoms include the sudden fall of a person with no reason, unresponsiveness, and convulsion with no temperature, inappropriate repetitive movements, blackout, and confused memory. Epilepsy caused by the effect of genes or the surrounding environment. Acquired epilepsy causes include stroke, tumors, brain trauma, and infection in the brain. The genetic cause of epilepsy is more common among young people and in older people, brain tumors and stroke are more common. The exact cause of Epilepsy in most of the cases is unknown.

Epilepsy can be observed by electroencephalogram, computed tomography (CT) scan, magnetic resonance imaging (MRI), and neuroimaging.  These techniques can give a better picture to understand the abnormalities of the brain during a seizure, and to look at the minute changes in the structure of the brain.

There is no proven cure of epilepsy, being alert and proper care the consequences of epilepsy and seizures can be averted. Some antiepileptic drugs are in the market to keep seizures in check. We can reduce the chance of seizures by a healthy daily routine.

Market Analysis: In the projection period of 2021 to 2028, the epilepsy market is predicted to increase at a rate of 7.78 percent. The expansion of the epilepsy market is accelerating due to an increase in epilepsy awareness. By 2023, the Epilepsy Market is expected to be worth USD 9.50 billion, with a CAGR of 8.20 percent over the forecast period (2018-2023). The rising prevalence of epilepsy in the senior population, as well as an increase in accident-related brain injury cases, are driving market expansion. The epilepsy market has been developing at a healthy rate in recent years, and it is predicted to rise at a CAGR of 7.36 percent from 2021 to 2028. The rise in the number of accidents and brain injuries, as well as the greater rate of post-traumatic seizure occurrence in patients with brain injuries, is driving the Global Epilepsy Market. The Global Epilepsy Market research offers a comprehensive analysis of the industry. 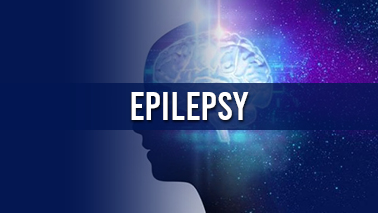