Computational neuroscience is a branch of neuroscience that investigates brain function using mathematical techniques and theories. It is an interdisciplinary discipline that focuses on the construction, simulation, and analysis of multi-scale models and theories of brain function, ranging from molecules to cells and networks, and finally to cognition and behaviour. In order to understand how the nervous system processes information, it can also include various methodologies from electrical engineering, computer science, and physics. Computational neuroscience's ultimate goal is to explain how electrical and chemical signals in the brain are used to represent and interpret information. It covers biophysical computation mechanisms in neurons, computer simulations of neural circuits, and learning models.The study of brain dynamics can be separated further into two streams. One school of thought, epitomised by Hodgkin and Huxley's work, focuses on the biophysics of single neurons. The other is concerned with the dynamics of networks, namely phenomena that arise from the interconnections of neurons. As a result, there are three subspecialties in computational neuroscience: neural coding, neurobiophysics, and neural networks.

Market Analysis : Because of the high market prices of instruments used in neuro-analytical investigations, the instrumentation for neuroscience market in technological components accounted for the greatest market share in terms of revenue. Because of developments in the creation of effective data tracing and manipulation algorithms, data analysis and software tools are expected to increase significantly throughout the projection period. Over the next five years, the Neuroscience Market will increase at a CAGR of 4.1 percent. Computational neuroscience is one of neuroscience's fastest-growing subfields. To make sense of the reams of data produced by newer large-scale recording technologies, new analysis and modelling tools are urgently needed. 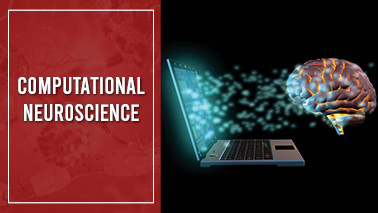