The study of  neurotransmitters, psychopharmaceuticals and neuropeptides, that control and influence the physiology of the nervous system is known as Neurochemistry. Research in this field is focused on the biochemistry and molecular biology of organic compounds in the nervous system, and their roles in neural processes like cortical plasticity, neurogenesis, and neural differentiation. Neurochemicals are basically oxytocin, serotonin, dopamine and other neurotransmitters and neurotransmitter-regulating substances. This particular field investigates how neurochemicals influence the operation of neurons, synapses, and neural networks. 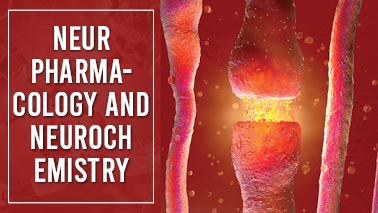