A physician who practices Neurology or doctor specialized in Neurology is called Neurologists.  They are trained to interpret or investigate and treat the disorders related to the network of nerve cells and fibers or neurological disorders. Neurologists start with a medical history and then with the neurological examination which encompasses the evaluation of cranial nerves, sensation, cognitive function, motor strength, reflexes, coordination, and movement. They treat disorders like:

Neurology is connected to Psychiatry and Oncology. Even there is a very thin line between Neurology and Psychiatry. The discipline of neurology is widening day by day because of the advancements of Neuroscience and other Medical specialties, which is helping to tackle the neurological disorders and other diseases.

Market Analysis: The global neurology market is expected to increase at a compound annual growth rate (CAGR) of 3.5 percent from $33.3 billion in 2019 to $39.4 billion in 2024. A recent WHO survey suggested that various  neurological disorders collectively  accounts for more than 12% of global deaths on average, and it is predicted that the number of death occurred due to neurological diseases will rise from 95 million in 2015 to approximately 103 million in 2030. In 2010, the global cost associated with neurological diseases was estimated to be US$ 2.5 trillion, and it is expected to be over US$ 6 trillion in 2030. High impacting elements such as  ongoing neuro mapping research, government initiatives based on neuro science, and algorithms used in the neuro science sectors are driving  the market growth. 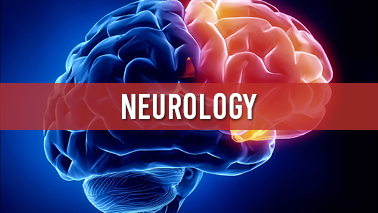