Parkinson's disease symptoms including the change in voice, slurry voice, tremor, slow movements, anosmia, balancing problem, stiffness of arms, legs and trunks, facial expression start to change, and loss of sense of smell. These symptoms are due to a decrease in levels of dopamine leading to abnormal brain activity. 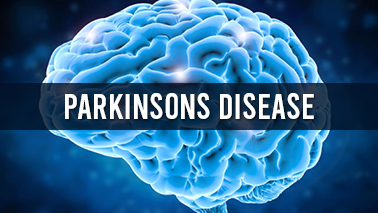